Just a line to let you know that I am still feeling in the pink and hoping you all at home can say the same. I am not with the batt yet but in a detail camp waiting to go up and when I do go up I expect it will be a pretty warm shop  up there. I have not heard how Lew Morgan is lately but up to the 27th of last month he was alright. I wrote to him from Cairo but have not had an answer yet. I will let you know as soon as I get back to the batt. I have not had a letter from you lately but I hope to get a stack of them when I get back. I hope I will have my usual luck and come out alright at the scratch I don’t want any more gold stripes one is quite enough because it hurts to earn them. Well one never knows his luck in a crush so it will be a case of all’s well that ends well. How are things going on in Abertysswg has all the plots been let because I thought of having one when I come home. I hope the mission has been a success as it was in the start did it come up to your expectations I should think it did. I read in the Egyptian Mail That the Germans have sank two of our hospital boats and that the German wounded behaved in a disgraceful way. Can’t out Government counteract the tin fish. I see by the paper the Germans made a raid on Dover but got caught a severe cold. How is Mailys and Dyfan getting on in school hope Dyfan will pass his Senior this year good luck to him. Hope Mailys will be able to go to college this year if I was home it would be a great help for her to go, but I have not forgotten and will send something to help. It’s a pity Dyfan could not start teaching this year because he is too young, better luck next time. Well I have bought something for Glyn it is the only thing I could get and that something is a handkerchief. I could not get what I wanted for Mam but will be able to get it in a town when I get to one again. I wanted a table centre with the Welch badge embroided in the centre it would look fine but I will get it for certain later. I wrote to Jon Mag and Glyn a few days ago hope they will get it I enclosed the handkerchief in the letter. Well I have not got any more to say just now only the old story roll on duration. When do you think this war will be over let me know as I am no authority in the matter. I hope the strikers in Berlin will blow Kaiser Bill rotten head off and then there would be a splash. I must wind up hope you are all in the pink. Best love and best wishes to you all.

I am Your loving Son

The hospital ships GCR refers to were most probably HMHS Donegal and HMHS Lanfranc, both sunk by torpedoes in the English Channel on April 17th 1917 each suffering 40 lives lost. The Lanfranc had 387 patients on board of which 167 were German.

Strikes were organized in Germany by the Independant Socialist Party on Monday 16th April 1917 in part protesting the lack of food. Shortages were severe in part as a result of the Royal Navy blockading Germany. The following is an extract from the Examiner from Launceston in Tasmania, available through the National Library of Australia. 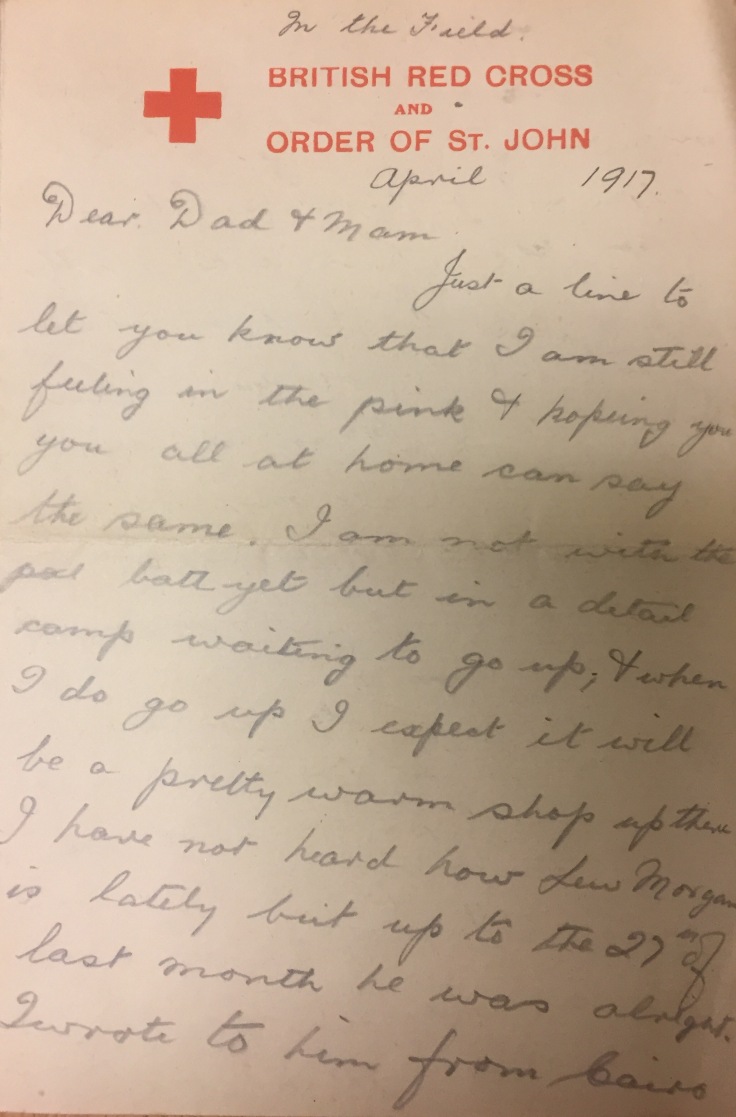 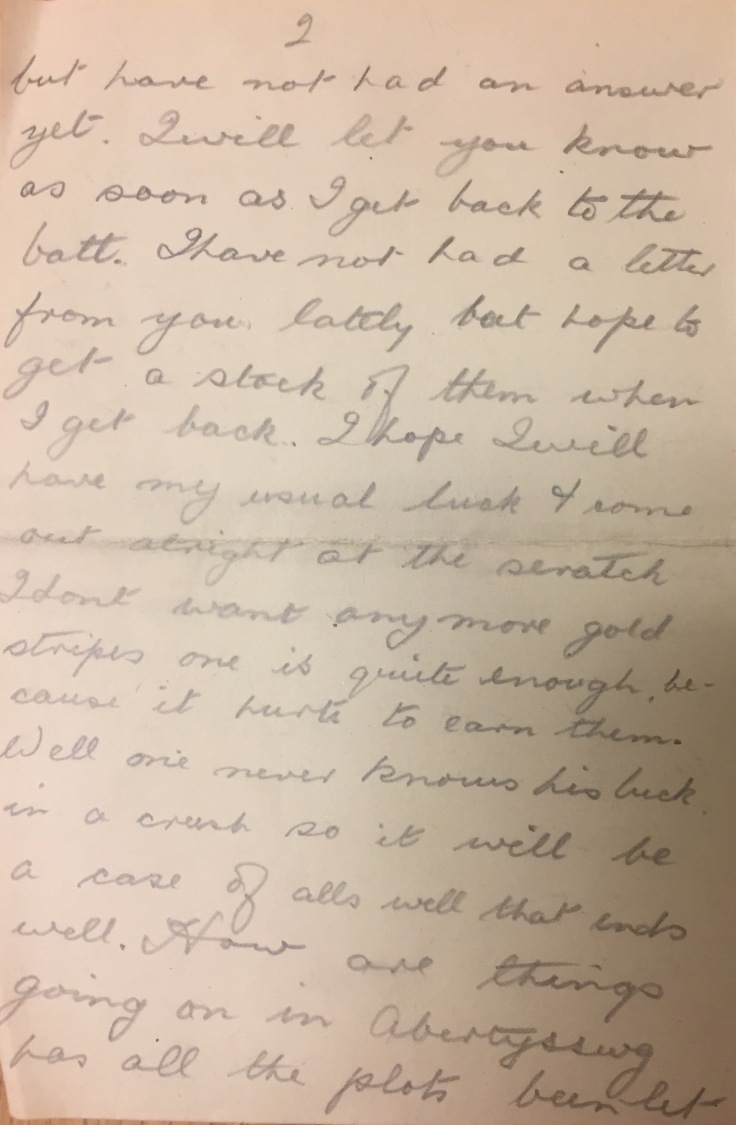