I am writing to you again to let you know how I am getting on and I am very pleased to be able to tell you that I am now nearly alright the only thing wrong is three fresh boils starting to come out I wish I could get rid of them. This is an awful country for sores and boils and other skin cases it’s the sand that causes it. I am feeling in the pink as usual in myself hope you can all say the same. I have written to you several times since I have been in dock. Hope you get them alright I received a letter from Jon this week and have answered it hope he has had it by now. He tells me that some people say that Glyndwr resembles me how can he say such unkind things about the little chap. I have already checked him for it. I have not forgotten the little present for Glyndwr, but have not been able to raise any money yet cannot get any while I am in hospital but as soon as I can get some I will send him something. I think I told you that I was going to have some teeth  well I have had the top lot fitted yesterday and have to go again on Monday. I hope I shall get some for the bottom the dentist did take an impression of them. I have only got them out on one side on the bottom. I don’t believe in getting rid of the good teeth I have got of my own. I have wished many times I had taken care of my teeth when I was younger it would be a great boon to me now. Fancy having to chew biscuits with only two teeth to do it with. Tell Dyfan and Mailys to look after theirs. Well how did the mission go on in the other chapels hope it kept on in the same way as it commenced. How is Abertysswg and the allotment scheme going on let me know. By the way I suppose you have got a plot for yourself. This will be a fine chance for Dyfan and Mailys to do a bit of war work and turn into amateur gardeners. What do you say? What branch of national service is Dad going in for I should like to know. Hope Mam is selling flags on Flag Days and making money for the poor old Government. Well I heard the result of the trial of them wasters who tried to poison LLoyd George not half enough for them and one was actually let off. They should have met the fate they intended for LG that would be sufficient for them I think. Well I have not got any more to say now will. Write again soon. You can still address my letters to the battalion as usual but don’t send any parcels they might go west. Well hope you are all in the very best of health and will keep so. Roll on duration and then I will be able to come home again. Best love and best wishes to you all 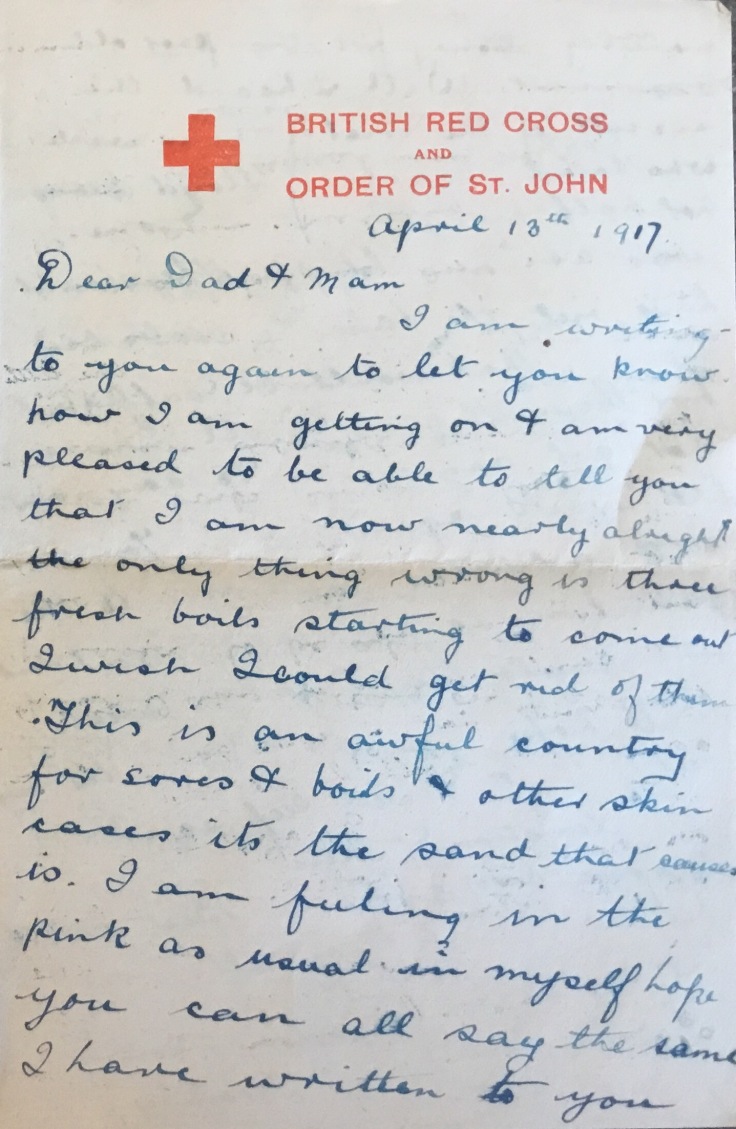 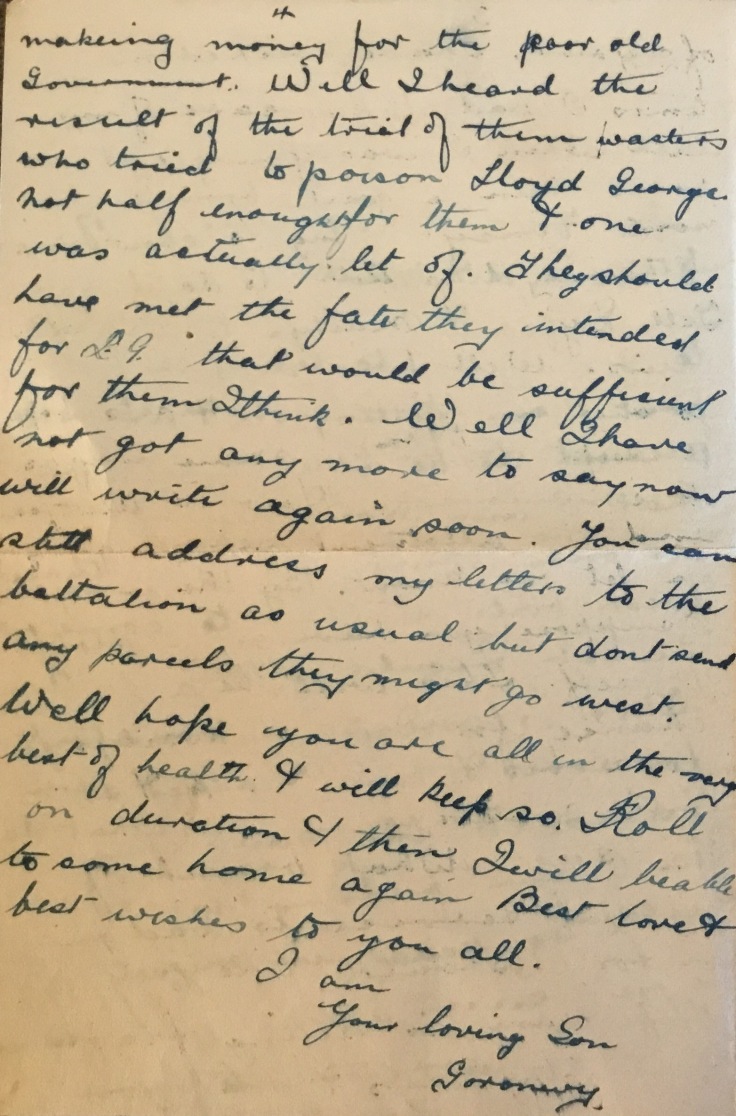